“Catching the Big Fish” is a brief and charming book about creativity from the point of view of David Lynch. It is full of “gems” about his creative process. Many of the “gems” can be appropriated by people who need to be creative even in a business environment.

The reader probably knows some of David Lynch’s films (like “Wild at Heart” with Nicholas Cage and “Blue Velvet with Isabella Rossellini and Kyle MacLachlan) and the famous TV series “Twin Peaks” produced by him. Lynch is also a visual artist and a musician.

It is difficult not to admire David Lynch. On one side, he is one of the most iconic and creative filmmakers alive today. On the other side, it is difficult not to admire is persistence and “never give up attitude.”. His first movie (“Eraserhead”) took several years to finish. Basically, David Lynch worked in other jobs to have enough money to film it – when he had money to buy celluloid and other filming material he would go on.

“Catching the Big Fish” is a book about creativity but many of its ideas can be applied in other areas of our life. The book is written in a very direct and charming style about his methods for having ideas and developing them. It consists of small excerpts that could actually stand alone well. Many of those excerpts have ideas and concepts that will challenge the mind of the reader. However, those small excerpts make sense together as a whole, without any problem.

The view of David Lynch is very hands-on. One of the key points of the message of the books, is that artists should learn by doing. Learning stuff and don’t applying, doesn’t make sense to David Lynch. In a way, if you don´t apply what you learn, you don’t really know it.

I’ve been a fan of Clare and David for many many years. I was super excited when I heard that they were reviving an old mill (and a forgotten town) in Cardigan Bay (UK).

This team is doing everything right. They have a great work philosophy for the company and the community. Aside from making amazingly well-crafted jeans, they also started a lecture/talk series – called “The Do Lectures.” Their goal is bring the DO-ers of the world together – the movers and shakers, the disrupters and the change-makers – and ask them to tell their stories. (typically in some type of magical outdoor, 3-day camping-under-the-stars-experience).

If you haven’t heard of them – well, here are a couple of links. Enjoy! 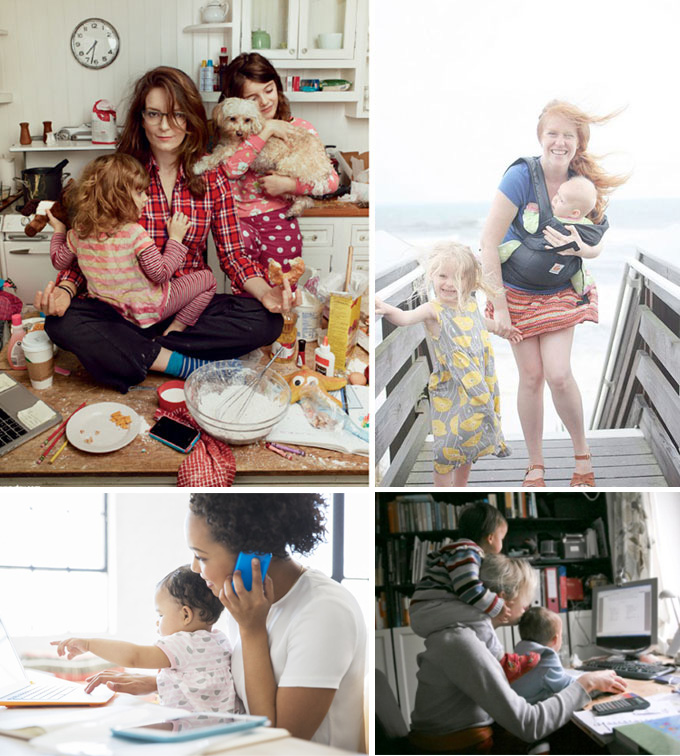 I’ve been working on Red Tricycle lately, and while I can’t share some of the top-secret projects I’ve been designing for, I will share these. I have these photos posted on my desk and I can totally relate to the emotion in these pictures on a DAILY basis. I love thinking about moms and kids and community – it’s pretty awesome.