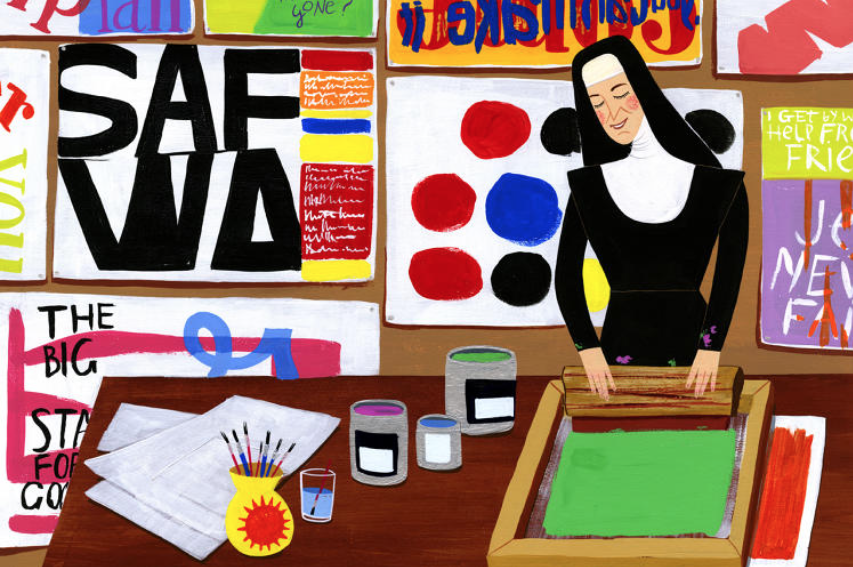 The mid-20th century was filled with luminaries in design and the visual arts-Eero Saarinen, Richard Neutra, Mark Rothko, Jackson Pollock-and the most well-known figures are mostly men. But this is starting to change, with exhibitions and articles beginning to celebrate the accomplishments of mid-century women.

The book Mid-Century Modern Women in the Visual Arts, for one, highlights the work of 25 groundbreaking female designers and artists from that era, sharing their advice through quirky, colorful illustrations by Ellen Surrey.

The painter Bridget Riley—depicted in the book in her preferred blacks and whites—believed that “focusing isn’t just an optical ability, it is also a mental one.” The designer Ray Eames—illustrated lounging in one of her classic chair designs—advised, “what works good is better than what looks good, because what works good lasts.” “Go against the rules or ignore the rules. That’s what invention is about,” said the artist Helen Frankenthaler, who’s portrayed amidst the swirls of color on her canvas.

Read the full story at FastCo