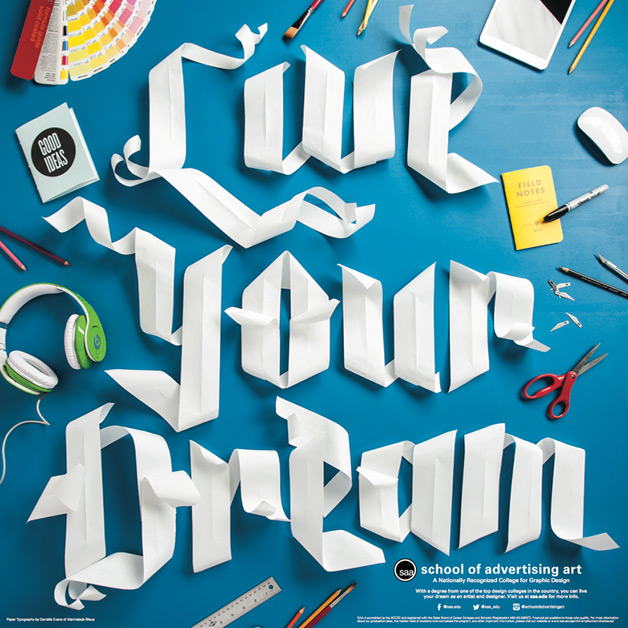 I love the process behind these creative results. The designs are beautiful!

Columbus, OH-based Danielle Evans has worked in paper, food, snow, shoelaces, sheets, plants, kitty litter and more to create her letter-driven illustrations. “For me the medium is the vehicle for the concept, the star of the image,” she says, adding that she likes the challenge of making something unappetizing or traditionally disinteresting seem fascinating.

Art That Tells A Story
Evan describes her process as “quirky and kinetic”—she spends hours crawling, balancing on tabletops, trying not to shake or knock things over as she creates images without using stencils, templates or guides. Her recent workload leans heavily toward social media campaigns, and she says she’s most proud of making money by creating art that tells a story.

Evans derives her inspiration from questioning if something is possible rather than from what she’s seen. “I tend not to look directly at lettering or illustration for my inspiration because I’ve found that my intuition is trustworthy and I don’t want to emulate someone else too strongly,” she says. “I owe myself individuality.”